JavaScript is disabled for your browser. Some features of this site may not work without it.

During the crisis of the 80´s and 90´s the traditional editorials kept increasing the subscription prices to their scientific journals. Some editorials increased their prices by a 300% while the budget of the libraries and documentation centres kept decreasing. For this reason, many librarians and documentation centres had to cancel their subscription.

Authors, researchers and scientists are not remunerated for their work and their research has been commissioned by public instructions. However, these public institutions do not have the budget to afford the subscription to the journals in which their studies have been published. Moreover, this system does not enable enough visibility, impact and recognition that they should be having and the readers cannot access to the up to date publications, which has an impact in the research, teaching and health environments.

The first scientific journals appeared in internet in the 90´s, but with very restrictive policies.

All these issues cross paths in the early 2000´s, when the open access community emerges. This community asked for the open access to scholar and scientific resources online and claims to remove the economic barriers and the restrictions that derivate from the copyright.

In this way, the authors do not give their rights to the editorial, which enable authors to be more visible and gain recognition. The readers can access freely the publication.


The public institutions that commission big projects have started to create their own repositories and to elaborate the policies to regulate the open access. The first institution that developed this was the National Institutes of Health (NIH), who in 2005 published a policy urging the researchers funded by the NIH to compulsory deposit their publication in the PMC repository. In 2008, the European Union established a set of very similar recommendations. The European Research Council established that 6 months after publication, the studies should be deposited in institutional or disciplinary repositories, such as Pubmed Central. This policy got fully established in Spain in the 2011 (Ley 14/2011).

The main aim of these repositories is to keep, preserve and spread scientific publications from a given institution.

The European Union considers that the open access to the scientific publications is key for the competitiveness, innovation and progress of a society. For this reason, it created the repository of the Consellería de Sanidade and Sergas. This will be part of RECOLECTA, the Spanish gate that adds and collects information from all the Spanish repositories. 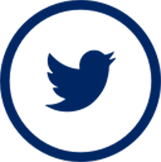